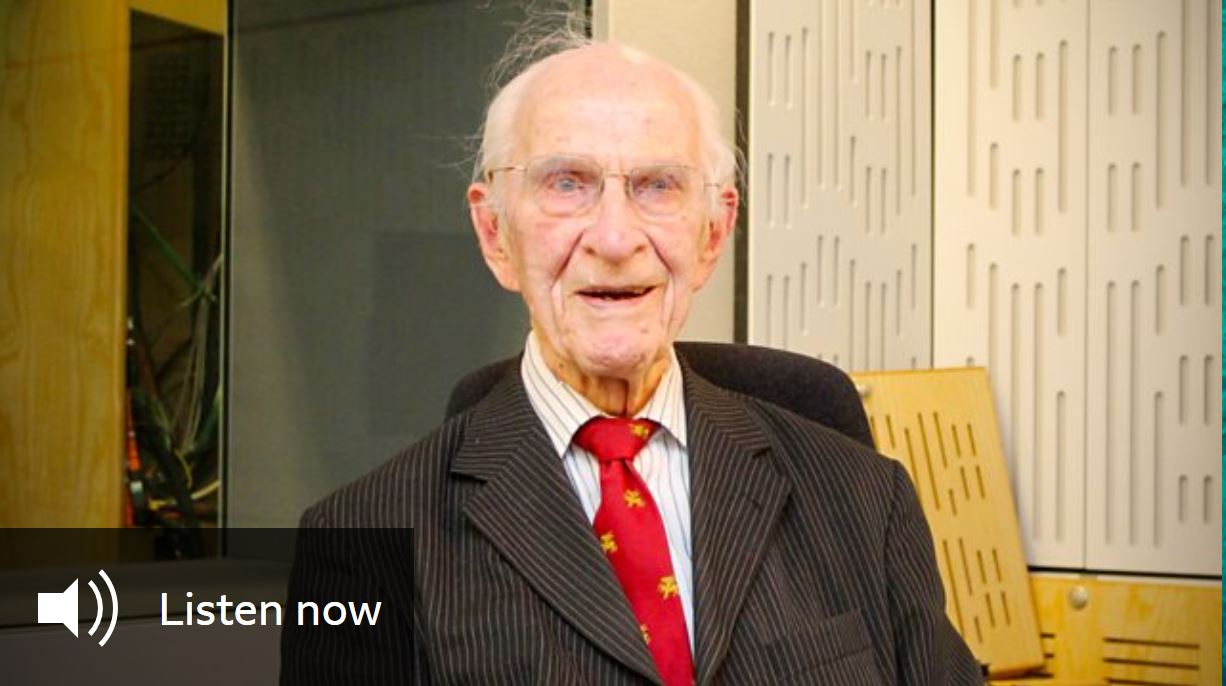 We were very sad to hear that Bill Frankland, our oldest client, has passed away.

He led quite an extraordinary life in every sense of the word. Born before the outbreak of the World War One, by the time of the World War Two he was in the Royal Army Medical Corps, spending over three years in terrible conditions in a Japanese prisoner of war camp.

After the war he followed his interest in medicine to become a leading specialist in the arena of allergies. Amongst other things: he worked as clinical assistant to Sir Alexander Fleming, the man who was responsible for the discovery of penicillin. Bill carried out medical experiments on himself almost to the point of death, and had the dubious privilege of meeting Saddam Hussein and advising him on his medical complaint. Saddam Hussein was a very grateful patient.

In 2015, aged 103, Bill appeared on Desert Island Discs* – an episode well worth listening to!

Rod Hughes last met Bill when he popped down on the train from London in 2017. Bill could not stay long – he was off to a medical symposium in Scandinavia the following day…”

It just goes to show how keeping active is the secret to a long life.

He will be much missed by all who had the privilege to know him and our heartfelt sympathies go out to all of his family.
A life very well lived!

Any cookies that may not be particularly necessary for the website to function and is used specifically to collect user personal data via analytics, ads, other embedded contents are termed as non-necessary cookies. It is mandatory to procure user consent prior to running these cookies on your website.